I’m pleased to announce that the new Snail on the Wall is open and ready for readers! Here’s what I ask of you, my loyal followers and fellow book lovers:

[NOTE: This may be the very last e-mail you receive from The Snail—unless you sign up for Snail Mail on the new website.]

Thanks for continuing to follow The Snail on the Wall. I’m looking forward to many more reading adventures together.

We all know snails move slowly, but over the past year The Snail on the Wall has been almost at a standstill. Almost.

Behind the scenes, this blog has been gearing up for a new look and a fresh perspective. The new site will hit the Internet sometime next week (don’t try to pin down this particular snail), and it will bring you recommended reads and reviews, guides for book club discussion, and other articles for lit lovers. I hope you’ll like what you find.

This post appeared on Book Riot on St. Patrick’s Day of last year. Find it here.

According to Irish lore, you can’t walk down a street in Dublin without passing at least one pub. That bit of trivia, whether entirely accurate or not, means there are endless possibilities for a pub crawl, that age-old tradition of touring as many drinking houses as possible in a single outing. In Ireland, there’s a poet to be found on just about every corner as well. So, in honor of St. Patrick’s Day, we want to celebrate by combining two of the Emerald Isle’s greatest traditions: verse and drink. We’re taking you on a good old-fashioned Irish poetry crawl, but for this experience you won’t have to leave your chair or lift a pint—unless you want to go grab a Guinness and drink along.

The bards we’ve chosen will treat us to a true pub crawl with all the usual elements: plenty of drink, a lot of fun, and maybe even a little debauchery. Come along!

Our crawl gets off to a raucous start with poet Patrick Kavanagh, who’s serving up the hard stuff—whiskey, rum, and gin. In Kavanagh’s satiric poem “The Paddiad,” the devil brings together a handful of Ireland’s most popular writers to drink and debate literature. Reading this opening stanza from the poem, we down the first drinks of our journey, while still managing to hold the devil at bay.

In the corner of a Dublin pub

What’s a night on the town without a little love thrown into the mix? Irish master William Butler Yeats hosts our next stop with a little ditty about drinking and romance. Known more for his politics, mysticism, and myth, here Yeats focuses on the simple pleasures in life. It’s not clear whether the poem ends in pleasure or pain, but that’s true of most barroom romances, right?

Wine comes in at the mouth

And love comes in at the eye;

That’s all we shall know for truth

Before we grow old and die.

I lift the glass to my mouth,

The stout is still going down easy at the next pub, which takes us back to the Gaelic days of old. “The Yellow Bittern,” translated by Thomas MacDonagh, is based on a true classic, an Irish-language lament called “An Bonnán Buí” by 18th-century poet Cathal Buí Mac Giolla Ghunna. It’s a response to the teetotalers who might be saying it’s time to slow down. We’re sticking with the poem on this one: we have a ways to go, and we want a few more pints to fortify us for the journey.

My darling told me to drink no more

Or my life would be o’er in a little short while;

But I told her ’tis drink gives me health and strength

And will lengthen my road by many a mile.

Emboldened by drink, we’re bound to start some trouble. It happens at our fourth stop, where we enjoy an old Irish-language poem composed by a 16th-century bard named O’Bruadair and translated for posterity by Dubliner James Stephens. We were merely asking for a beer—just for the “loan” of it, in fact—but maybe we didn’t ask nicely? We’re not hanging around for the rest of this poem; based on the first stanza, we’re not likely to make friends here.

The lanky hank of a she in the inn over there

Nearly killed me for asking the loan of a glass of beer;

May the devil grip the whey-faced slut by the hair,

And beat bad manners out of her skin for a year.

The next destination is more hospitable. It’s Yeats again, a familiar voice that bids us come in and make ourselves at home. But as the night wears on things take a turn for the worse, often the case when guests overstay their welcome (or, as Yeats tells it, when the English completely crash Ireland’s party). By morning, when we come to, the festive atmosphere is gone. And we’re not feeling too great either.

I came on a great house in the middle of the night,

Its open lighted doorway and its windows all alight,

And all my friends were there and made me welcome too;

But I woke in an old ruin that the winds howled through . . .

We’ve hit one too many stops, and overindulgence has taken its toll. When Samuel Beckett, the Irish-born French expat, greets us, we know we’ve bottomed out and entered a bleak, existential place. Taking advantage of our wasted state, Beckett convinces us that life is not only mournful but maybe even meaningless.

and the rain to be falling on the graveyard

and on me walking the streets

mourning the first and last to love me

Modernist Denis Devlin plays host near the end of our tour. But we no longer have the brainpower or the sobriety to follow his meditation on God, humanity, and the modern world. We listen to a few lines and, unfortunately for us, all we hear is incoherent babbling.

It was said stone dreams and animal sleeps and man

Is awake; but sleep with its drama on us bred

Animal articulate, only somnambulist can

For the dim moors to reign through druids again.

It’s time to head—or crawl—home, fittingly to the rhythm of a soothing Irish 19th-century ballad. After a long evening of many stops and much to drink, we’re ready for rest, relief, and the comfort of a mum’s arms. Until next year . . .

Lulla lo! to the rise and fall of mother’s bosom ’tis sleep has bound you,

And O, my child, what cosier nest for rosier rest could love have found you?

Mother’s two arms are clasped around you.

For some of us, every day is National Grammar Day. But did you know that one date has been designated to pay homage to punctuation, parts of speech, and all things grammar related? Today, March 4, is a day of celebration for rule followers everywhere. Last year, The Snail offered 10 Heartfelt Sentiments to send to your language-loving friends. Now we’re seeing how some of our favorite song titles and lyrics play out when we give them a grammatical tune-up. Take a look; can you think of any other musical mistakes that could use a fix? 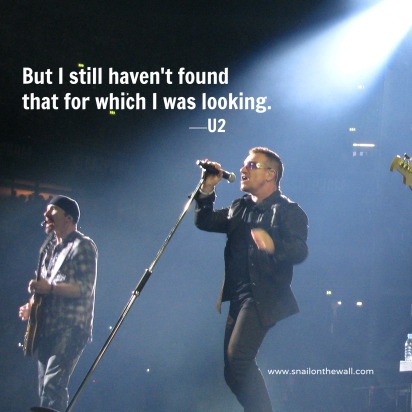 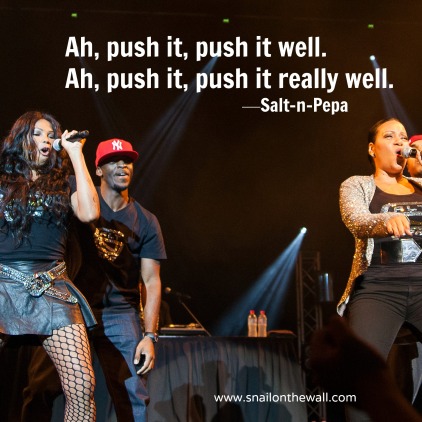 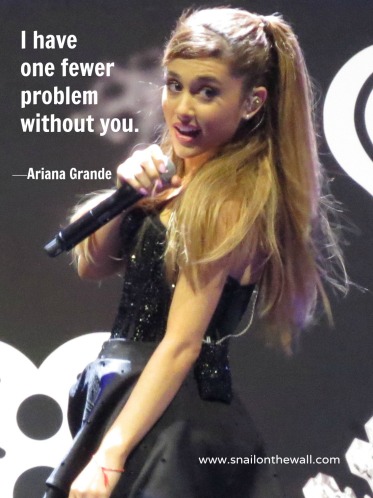 (All above images labeled for noncommercial reuse with modification.)

1. You want to go beyond the green fields and quaint sheep of the Emerald Isle, deep into the heart of “dear dirty Dublin” at the turn of the 20th century.

2. Now that you’re all grown up, you’re ready to relive the sometimes painful experiences of childhood, adolescence, and adulthood.

3. You’re a reader with a real life, looking for something short that packs a powerful punch. Joyce gives you 15 for the price of one in this collection.

4. You like singular characters and even more singular descriptions of them. In “A Mother,” Mr. O’Madden Burke’s “magniloquent western name was the moral umbrella upon which he balanced the fine problem of his finances.”

5. In every story, Joyce gives new meaning to “epiphany”—a moment that suddenly reveals “whatness” of a thing, person, or situation.

6. You want to see how people can be shaped by all kinds of circumstances, from religion to money to family history to politics.

8. You’d like to understand the sense of paralysis that drove Joyce to leave Ireland and become an expat in Paris. “There was no doubt about it: if you wanted to succeed you had to go away. You could do nothing in Dublin,” muses the main character in “A Little Cloud.”

9. You gave up on Ulysses—and you didn’t even try Finnegans Wake—but you still want to read James Joyce.

10. This is the perfect book to go with a pint.

The Snail's Most Popular Posts

The Snail on Goodreads